Visible from May to November 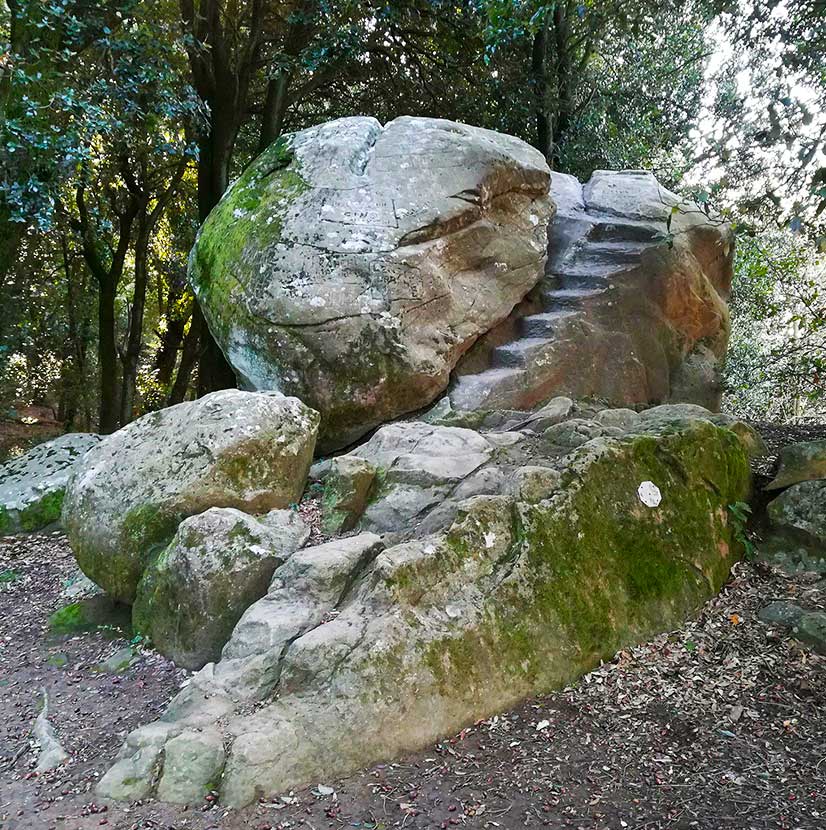 The site of Pietramarina is located on top of the southern offshoot of Montalbano, 585 meters above sea level, in one of the most fascinating places of Montalbano.

The elevated and strategic position, on the western border of the territory of Artimino, allowed to control a vast territory and constituted a reference for those using the paths of the plains or came from the Apennine passes. 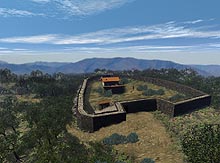 Facing Artimino, Fiesole and Volterra, it allowed communications thanks to these great visual triangulation between their centers, and the rear area of the Middle Valdarno with the Livorno coast, visible today (in optimum atmospheric conditions). We also assume that Pietramarina was inserted into a communications system on a larger scale, which was to cross the Apennines.

Probably because of this strategic location, the site – which fortified the sanctuary area – has been occupied for a long period of time, which at present at least the seventh century BC periosd is documented.

The systematic research in the area were undertaken by the Superintendence for Archaeological Heritage of Tuscany in the years 1991-1996, and since 1999 they have been taken over by the city of Carmignano, under a grant, and are still ongoing. 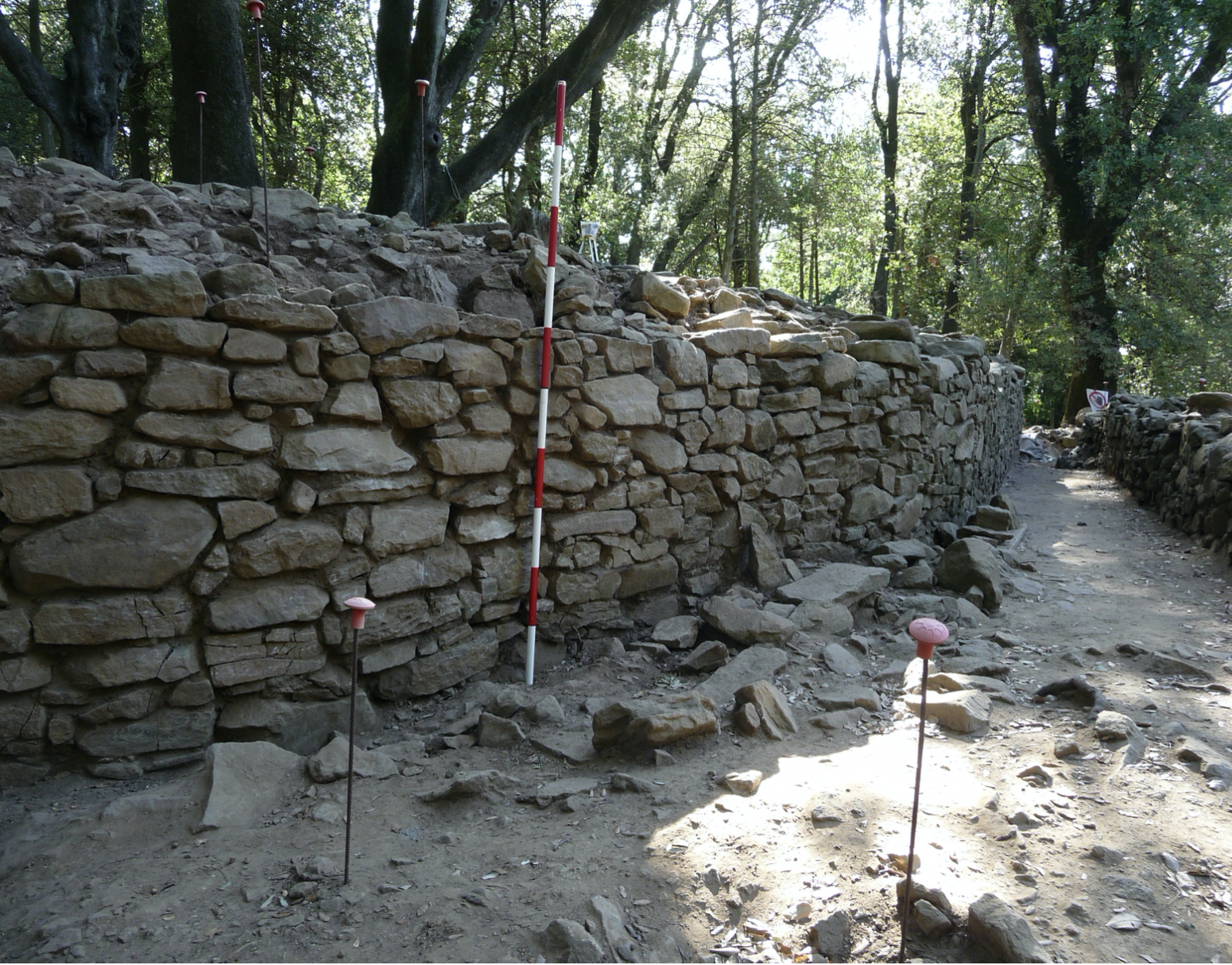 The top of the hill is enclosed by a wall that has an approximately linear growth calculated about 360 meters, now partially visible on the west and south sides. It’s 2,90 meters wide, it has an external an inner polygonal surface with a small unit inside and, at various points of the section investigated, it keeps for about 2 meters in height. Its construction is placed in a post-archaic timespan.

Archaeological and naturalistic area of Pietramarina

From Carmignano take the Vergheretana drive and follow the road until you reach S. Giusto. Near the restaurant “Il Pinone” park and walk the path that leads to the ruins of Pietramarina.
>> Look on the map

Visible from May to November.

The indoor area is extended a little less of an hectare and is occupied by several buildings, which are only partially investigated. The most impressive of those identified to date (of approx 16,80m x 11,30m) have the long sides oriented approximately east-west, with walls over a meter wide.

It is built on the highest point, previously occupied by a settlement of huts (probably of Eastern heritage), and by a more permanent settlement probably from the Archaic period, which likely have undergone several reconstructions until the late Hellenistic age. Size and continuity of use of the area suggest a destination of public nature.

Near the southern side of the wall, just inside of it, were brought to light a beautiful rectangular structure and a paved area near to it which housed three more large jars, along with other jars, bowls and miniaturistic cups, originally covered by a roof destroyed by a fire that left very obvious traces.
Along the southern front, where they presumably arrived through roads coming from Artimino or directly by the Arno through the ford Montereggi; there are clear signs of a monumental restructuring, which reveals a strong community commitment.